Discover India in Minneapolis Change City
Go Back
Go Back 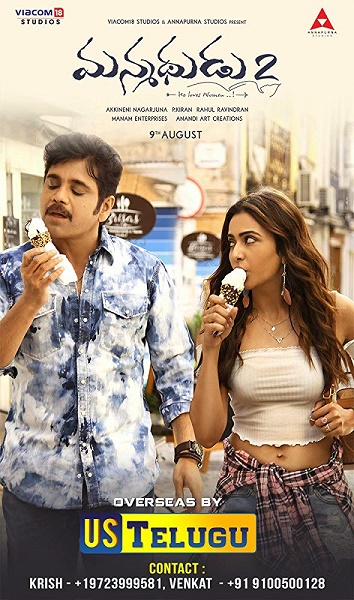 Manmadhudu 2 is an upcoming 2019 Telugu romantic comedy film, produced by Nagarjuna Akkineni, P.Kiran on Annapurna Studios, Anandi Art Creations, Viacom18 Motion Pictures banners and directed by Rahul Ravindran. It stars Nagarjuna Akkineni, Rakul Preet Singh in the lead roles with Keerthy Suresh, Samantha Akkineni, Akshara Gowda in an extended cameo appearance and music composed by Chaithan Bharadwaj. The film is an official remake of a French movie I Do of Alain Chabat and it's title is inspired from Nagarjuna's original movie Manmadhudu.

Important Note from Localfiles: Though we try our best to provide accurate information, we urge you to check details before attending an event. Localfiles is not responsible for any changes or cancellations of the events.
Modify | Report an issue | Updated: 08/19/19, Created: 08/08/19